A recorded Choral Evensong for the Eve of the Transfiguration of our Lord by the Choir of the Chapel of the Transfiguration – S.  Thomas’ College, Mount Lavinia can be found at the following link. Given the fact that College was unable to have the usual services in connection with our Chapel Feast this year we hope you find this offering, recorded under a number of limitations, uplifting and inspiring. 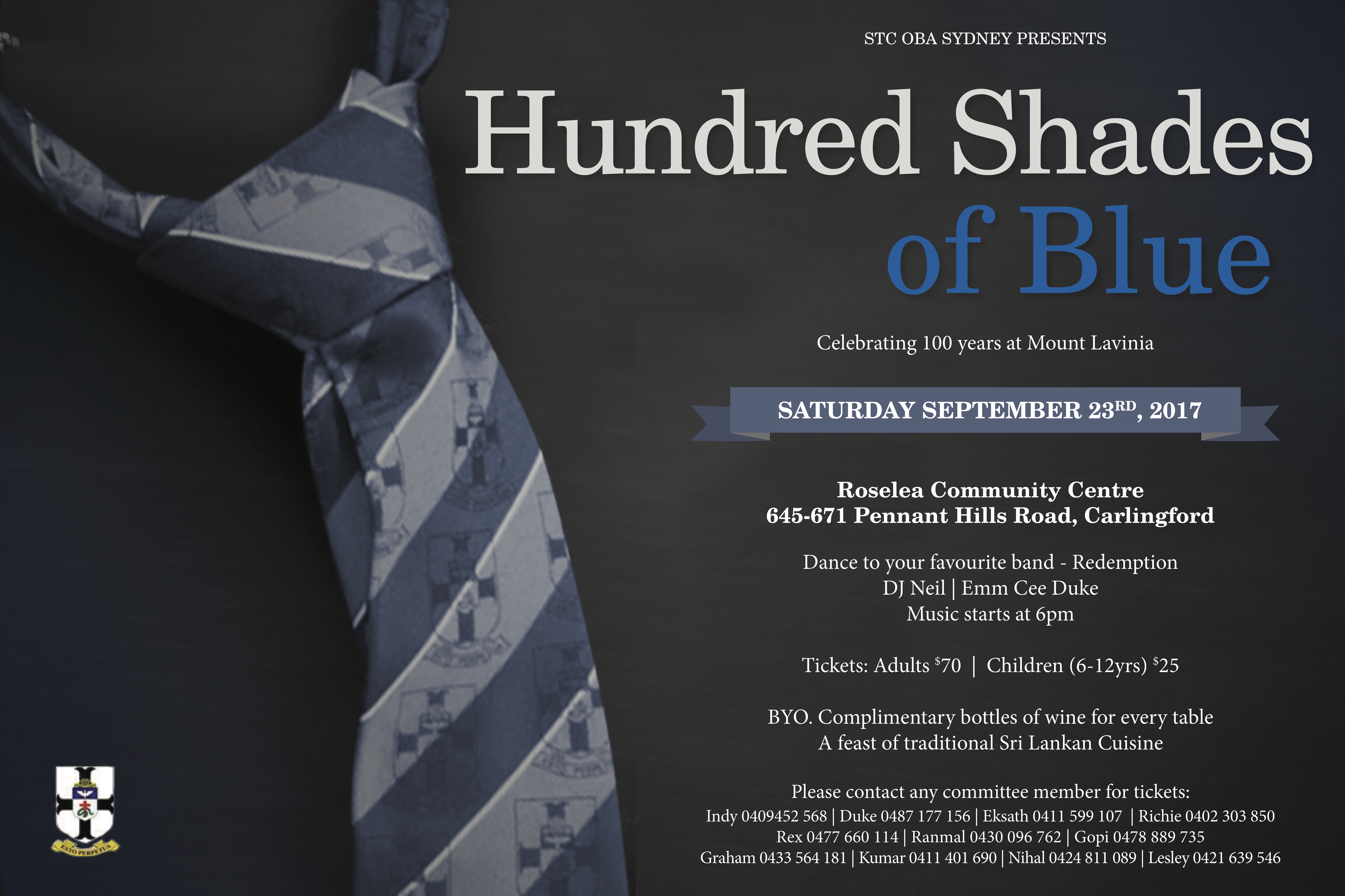 Check out the Royal-Thomian Stag event by clicking on the below link!!

The Gloves Are Off For Swashbuckling GuyGuy de Alwis – An Appreciation

By admin1 May 2013Events, Uncategorized

HE PLIED HIS TRADE WITH PRIDE
The hard hitting, straight talking Guy De Alwis, the former  Sri Lankan wicket keeper-batsmen, sadly  passed away on the 12th of January 2013, at 52 years of age. It was a merciful and rapid release from the dreaded Pancreatic Cancer, which eventually took his valued life.  The large and distinguished gathering that assembled at his funeral was a fitting tribute to the lanky Lankan Test cricketer. We of the cricketing fraternity are truly appreciative of the valued and colourful contribution he made towards the game, in the capacity of a wicket-keeper batsman, coach, administrator and national selector.

TOTTERING STEPS
The wiry toddler had honed his appetite for the game, by swinging his little tennis ball bat on the cobbled streets of Borupona Road Ratmalana, from dawn to dusk as it were. May I place on record that their ancestral home of 245 Sri Sangabo Mawatha Borupana Ratmalana produced a clutch of top-notch Thora ‘keepers’, namely dad RL De Alwis[1946], Guy himself in 1976 and brother Ken De Alwis[1979]. It is said that Ken was as good as his brother in cricket, as is now a much sought after businessman.  They were put through their cricketing paces by the redoubtable JD Shaw Wilson. Guy first bounced into prominence playing for his beloved St Thomas’ College in the year 1976. Oh he wore that Thomian cap with such pride, especially on the morn he hammered the haplesss Anandians into submission with a belligerent 170 plus at Mount. Guy De Alwis truly stood tall among the stars of that particular Thomian era, the Ganeshans, Sashi and Ajit, Lakmal De Zoysa, Saliya Ahangama, DK Subramaniam, LalithRatnayake and sibling Ken, among others.  His multitude of  fabulous performances for that school,  are too numerous to carry within these colummn inches.

POTENTIAL TO PERFORMANCE
Having lent his cricketing  muscle to his school, Guy then emerged in  Sinhalese Sports Club colours, and following some gutsy outings at Maitland Place, was duly  picked to don the Lankan cap against the Black Caps  at Christchurch, New Zealand. Tony Opatha’s defectors to South Africa had created just that little cleavage for Guy to slip his gloves in. Perhaps the tallest wicket keeper in the international arena in that particular  era at 6 foot plus,  Guy held sway for the lions up until 1984 and then the tussle for the gloves took-off with the emergence of the  dimunitive Amal Silva.
Amal was streets ahead with the bat,  and Guy on the other hand was the infinitely better ‘keeper’. SAR Amal Silva with his bristling ton at Lords, thence  cemented his place. For the record Guy had appeared in 11 Tests for his 152 runs, batting in the Lankan lower order, with 21 catches and 2 stumpings,  in addition to his 31 ODI’s which fetched him 401 runs with a 59 no as his best, at a healthy srike rate of 78.
In the ODI’s he had a bag of 27 catches and 3 stumpings. His numerous batting cameos down the order were invaluable. With injury robbing him of a good chunk of fixtures, by the year 1987 Guy had gone into obscurity, playing in the lankan jersey ever so intermittently, his appetite for the game had waned.

BLOW HOT-BLOW COLD
I well remember Guy, as our school cricketing careers ran parallel. The Thomian was tough as nails on the field, but was always good fun afterwards, firing away  with his buckets of impish humor. Too opinionated, too aggressive for the comfort of some. That was De Alwis in essence, blow hot-blow cold if you like. As a ‘keeper’ – woe begone  the batter, whose toe ever strayed from the batting crease – a whip of the bails, a caustic cry from Guy, and the bat would be trudging back to its dugout.
I remember Guy, walking from stumps to stumps between overs. His stylishly aristocratic and angular stride -smacking his scarlet gloves together as wicket keepers do, and so elegantly collecting the returns, even the wild ones, with such comprehensive ease.

WIDE HORIZONS
Guy was a man of wide horizons. Coaching the lankan lassies – enamoured as he was  by Sri Lankan Womens Cricket, the fire breathing ‘keeper’,  then so delightfully tied the knot with fiery Lankan woman pacie Chandima Rasanjali, and their two children Vitini [10] and Tarini [8] quickly followed. Besides all that hype and hullabaloo, Guy took it upon himself to promoting American Baseball in this country for awhile. The Thora thawed and unwound in the wilds of Lanka, besides happily pottering around his precious wife and children.

ARJUNA’S TRIBUTE
Among the heaps of tributes, the ever astute Arjuna Ranatunga summed up the ‘stumper’ best when he said. ‘Guy was not only a committed cricketer, but a person who fought for justice. As a selector he was not afraid to pick players on their sheer merit. As an administrator he was strongly against corruption and went to a great extent to eliminate the malaise, and he was one of the ‘Best’ wicket-keepers produced by Sri Lanka’. Ronald Guy De Alwis was genuinely concerned about our game.The cloak and dagger politics of our  Cricket Board in that particular era, had truly  creased his troubled brow, he told this writer so. With abject jockeying for prestigious board positions Guy was unfortunately sidelined. Here’s hoping that Sri Lanka Cricket would acknowledge and appreciate his considerable contribution.

May the grass he trod so flamboyantly, lie ever so gently on his Thora blazer and on his fearless Thora heart.

If you are interested, you can hear their service, lasting some 90 minutes, on your computer over the internet. The organ is ‘driven’ by the Senior Organ Scholar, Freddie James.  The programme, copied below FYI, covers a wide range from modern special commissions to traditional favourites, and ends with some Bach – (Wachet auf….).

If you Google www.bbc.co.uk/iplayer, then select RADIO from the display, click on Radio 3, the day’s programmes will be displayed (or you can find it in the search section), from which you select the service which was broadcast. There is some music and chatter before the broadcast programme gets underway. They usually retain everything they broadcast for a week, a bit longer if the programme is an interesting one. It is available for listening for just seven days.

There are no upcoming events at this time.

["error","An access token is required to request this resource."]